Adam Bendzick owner of Pro Service Automotive Repair in Prior Lake, Minnesota, has been in the business long enough to know that sometimes you have to take one step backward before you take two steps forward. During these unprecedented times, he has some recommendations on how to turn uncertainty into next year’s success story.

Adam opened his shop back in 2002 right out of high school with a $3,500 truck loan. He spent long days working to get this dream off the ground with his mornings spent in the shop, afternoons at school earning his Business Management degree, and evenings delivering Domino’s Pizza in order to pay off the loan.

All his hard work has paid off.

“The last year has been phenomenal,” Adam told host Tom Dorsey and founder and CEO of AutoVitals Uwe Kleinschmidt in a recent episode of Digital Shop Talk Radio. “It’s been our best year in business. We just eclipsed the $2 million sales mark for the first time ever.”

Looking back at his revenue is even more impressive, perhaps. In 2015 he earned $600,000 with four employees - not bad. After a few years of implementing The Digital Shop® best practices in areas like custom campaigns and canned jobs, he finished 2019 with over $2 million in revenue with a lean staff of seven employees.

“That is three times more revenue,” said Uwe. “In other words, you have increased your revenue by employee by $100,000 a year. I mean, I had to do the math twice because the number is so high. This is an incredible achievement.”

Success, years in the making

Success for Pro Service Automotive Repair didn’t take place overnight. In 2012, the shop was making less than $600K/year in sales, and Adam decided to attend an ATI Bootcamp.

Charging shop supplies and utilizing a parts margin matrix were just two of the many ideas he picked up that made a difference. Adam knew he couldn’t implement all the ideas he had gathered at once, but even eight years later, those pages of notes remain on his desk, where he references them frequently.

“We didn’t dismiss anything that they suggested,” he said. “I was resistant to it right away, but I took a pile of notes and then, over the course of eight years, made changes.”

For Adam, there wasn’t a specific timeline when it came to implementing adjustments in process, and merely knowing others had success was enough motivation for him to try things at his shop.

“If they’ve had success with it…I hopefully will have success too,” Adam said. “My variation of that change may be a little different than theirs after it’s all said and done.”

Employee buy-in and positive customer response were two of the most critical elements when it came to implementing new ideas. After spending a great deal of time consulting with his AutoVitals trainer, he knew spending time focusing on these areas would benefit his team and his shop in the long-run. So Adam tried to provide incentives for his techs to look forward to like a little extra flat rate time and an emphasis on demonstrating the value that the shift will have positive effects on their day-to-day.

A belief in the process you are trying to reform, allowing enough time to implement properly, tracking results, and consistency are all critical parts of making the transition successful, he said.

“We make mistakes along the way and such, but I am always going to bet on myself when it comes to making a change,” Adam said. “If I feel strongly about something, whether it’s right or wrong, I want to see it through. Sometimes that’s a week, that might be a month, that might be a year before you make the change.”

Adam credits AutoVitals and the data it provides for helping him to implement those processes successfully.

“I wouldn't be where we are today without that help of ATI, without the help of AutoVitals,” Adam said.

Recently, Adam switched things up and required his technicians to estimate every possible repair off of the digital vehicle inspection. While they had been providing relatively thorough estimates previously, they had limited themselves by leaving things off the inspection they believed the customer wouldn't approve. For example, if previous estimates would come up with an average of $1,500 of work, now, they were coming up with an average of $3,000 of work. Even though the conversion rates dropped from 75-80% to 50%, the revenue actually increased over $10,000 per week after increasing the number of recommended actions per vehicle. This is where looking at the KPI's and information gathered from the BCP makes all the difference. Surface level-stats or your gut reaction might tell you one thing, but digging into the data tells the real story. 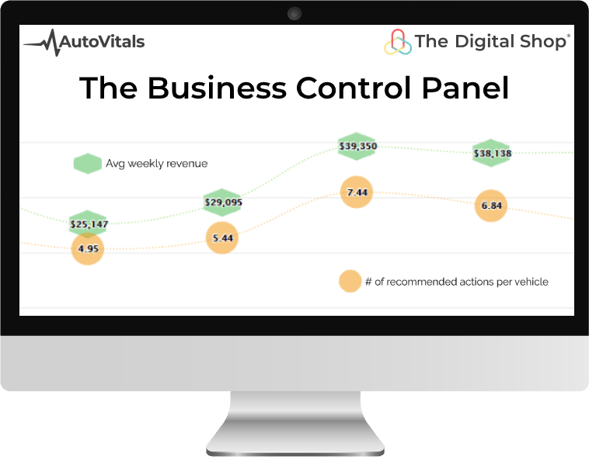 “You’ve got to look at the whole picture,” Adam said. “Whatever you implement, you have to see it through, and you have to make it trackable in some type of way, shape, or form.” The data gathered with AutoVitals also allows Adam to step back and prevents micromanaging. Everyone can see the data, which provides accountability, he said.

Another feature Pro Service Automotive Repair has also utilized recently is customer retention. Since the occurrence of COVID-19 has caused many states to issue social distancing or shelter-at-home mandates, business has slowed down for many.

“We generally average throughout the year 90 to 100 cars per week,” Adam said. “The last couple of weeks has been 55 to 60, so almost half. We went and ran an AutoVitals campaign, and I would say we are at 120 cars this week.” 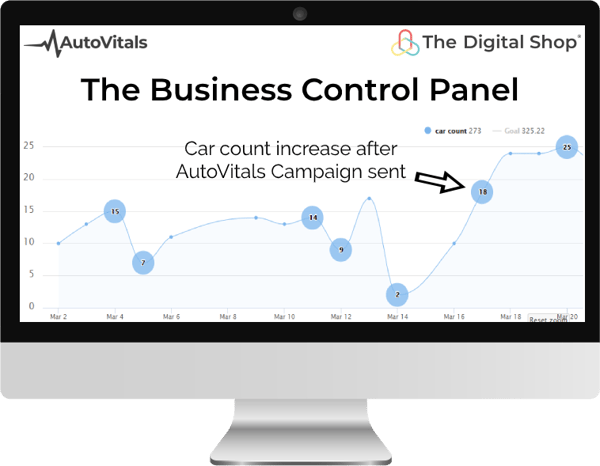 Before AutoVitals, Adam didn’t have an option just to push a button and boost his car numbers. With AutoVitals Customer Retention, you can deliver personalized communication.

“Use the tools that you have, they’re great resources,” he said.

Looking ahead during COVID-19

It is an interesting time globally thanks to the COVID-19 epidemic, but Adam believes that this setback could be the one step back that launches shops two steps forward.

“There is a ton of knowledge out there; it is just a matter of whether you choose to sit back and think, ‘Oh my God, my business is going to go under because of this,’ or you think maybe this is a … hiccup kind of thing because we have Coronavirus going on and then you turn that into a next year’s success story,” he said.

That knowledge is easily found, he said, just grab a notepad and get to work. Hopefully, your staff does the same thing. A few things he recommends are watching webinars on AutoVitals, listening to Digital Shop Talk Radio episodes, or researching different ideas about the automotive industry by chatting with peers in the AutoVitals' Digital Shop Talk Facebook group.

“Yeah, maybe you won’t agree with everything that’s said but still take it in stride and really pay attention to it, see how it might help your shop out,” Adam said about learning new things. “If there is anything that I could change over the years, it would be to not resist so much in the beginning of any new change, really fully embrace it and go for it.”

Adam is planning to use this time to think about what can get his shop to $2.5 million or $3 million.

“My mind is going to be racing with ideas to improve things once we come back stronger than ever,” he said. “That’s just going to be my mindset going into it is that we’re going to try to make the best of it, and we’re going to get through it, and hopefully everybody else has that same mindset, and we don’t just focus on hitting the panic button, we focus on making things better.”

Want to hear more from Adam?:

Using the AutoVitals CRM to proactively drive customers for maintenance, versus the traditional repair-only model

How to contact Adam and Pro Service Automotive Repair:

“We’re always looking for the next great opportunity, and it’s been sitting in our lap for a long...

Processes: The Key to Success (Even When Your Entire Shop Has COVID)