Letting Pictures Do The Selling For You

Some say a picture is worth 1,000 words. For Billy Catching and his team at Aram’s Auto Repair Center in Fresno, California, pictures are worth about $780 in ARO. 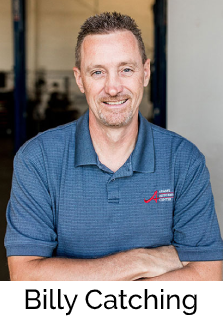 It started last year when Billy was at the 2019 Digital Shop® Conference listening to Frank Scandura. Frank was talking about moral responsibility, and Billy suddenly realized he had unintentionally been cheating his auto techs and customers. His shop had started using AutoVitals DVI picture editing, a digital vehicle inspection software in 2017. While his techs had been taking pictures during inspections to show customers the condition of their car, sometimes Billy had glossed over them, or hidden them from customer reviews.

After listening to Frank, he realized he should be doing things differently.

“[My tech] took the time to take those pictures, so there was something in them that he wanted me to see and try and discuss with the customer,” Billy said.

Additionally, while Billy used to believe customers weren’t going to want to hear all of the inspection details, he realized that might not be true.

“My customers deserve to know all of the information. It’s not really fair for me to decide how they should maintain their car. It’s a much better practice to over give them information about where their car is and then let them decide. A light bulb went on in my head – maybe their car is in this state of disrepair because the person that was looking at it prior wasn’t giving them this opportunity. It’s not like your customer climbs underneath their car on a creeper to do inspections.”

Shortly after returning to work once the conference had wrapped up, Billy made a small change to his picture editing and started what would become 365 days of him averaging a 90 percent picture edit rate.

“The email that I received yesterday was warning me that I was outside my upper threshold of 75% edit rate at 93.6%,” Billy told Tom Dorsey during Digital Shop Talk Radio episode 51 earlier this year.

However, it isn’t only the picture edit rate which has increased for Billy and Aram’s Auto Repair Center. They have seen a drastic increase in ARO while simultaneously educating car owners and building customer relations, trust, and retention. 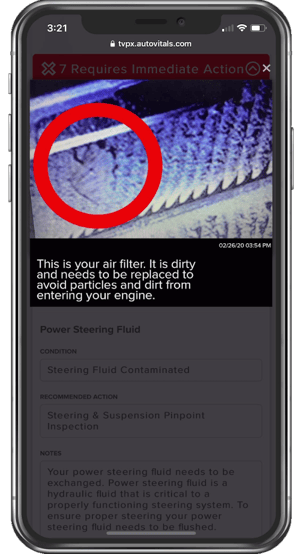 “I will go through and make sure that I give each picture if nothing else, a verbal description of what they’re looking at,” Billy said. “Because that way, they are at least getting somewhat of an education about what’s underneath their car, what their fluids look like, what their tires look like, even if they’re all good.”

Educating the customers and enabling them to make informed decisions about their car care can be overwhelming at times Billy acknowledged, but the positives have outweighed the negatives.

“It is kind of a pain sometimes to edit every picture…and there are times that feel like the dam broke, and the water’s running downhill,” Billy said. But on the flip side, “I can’t tell you how many times it’s led to a customer buying additional repairs that maybe, while I was typing, I didn’t think was ever going to happen.”

Picture editing in the digital vehicle inspection software allows Billy to get information that is accurate, honest, and necessary to the customers. He has found it is easy to build trust with customers if you give them the pictures and say, “Hey, you are going to need new brake pads at your next oil change,” or “Your brakes still at six millimeters remaining so you can let this go and we can discuss it at your next oil change.”

Billy describes the thought process behind his picture-editing

It is common for shop owners to say they build customer relationships by talking through repairs, but Billy has flipped the script, and it is working.

Instead of spending 15-20 minutes on the phone talking through recommended repairs, he sends out the DVI with photos and all of the information and then waits. Billy leverages the use of the timer included as a feature of DVI.X, giving the customer time to read the inspection report on their own before he calls them back. 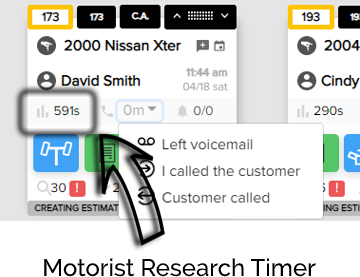 “I pride myself on a very high customer research time,” he said. “I think it’s somewhere just north of 300 seconds or so on average.”

That means his customers are spending more than five minutes (on average) looking through the information and recommendations Billy and his techs put together.

Once the customer has read through the driver vehicle inspection report, a short phone call typically takes place. The reason the calls are brief? Because often, the customer has already come to a conclusion based on the details and photos they received.

If this sounds too good to be true, Billy does acknowledge it took some time to build habits both at Aram’s Auto Repair Center with his crew and also with the customers.

The use of the timer has been an essential tool in the transition for Billy. He will look at the data, and if a customer hasn’t looked at the information, or has spent only 20-30 seconds – enough time to open the document and realize what it is, he doesn’t take their call.

“You just spent all that time doing that work,” Billy said. “Force them to put some time into learning about the status of their car.”

He also recommends setting expectations at the drop-off and continually guiding the customers back towards the information he sent.

“I was talking to a lot of people at the (2020) conference that will tell me that their service advisors take the time to build out these nice [vehicle] inspections. They do these edits, they send them on, and they’re like a racehorse trying to get back to the barn. They’re chomping at the bit to get to sell that work. Relax. Watch the timer, watch the customer do the work. Don’t pick up the phone right away because you haven’t afforded them the opportunity to digest all the information you’ve just laid in their lap about their car. Let them take in that information.”AutoVitals Results

ARO Up, Car Count Down

The small changes Billy has implemented have made a huge difference.

Interestingly, Aram’s Auto Repair Center increased its ARO while also purposely taking their car count down by 20 or 30 cars each month.

“Because of the way we’re choosing to edit pictures and take that time to give a more thorough not only investigation of a customer’s vehicle, but we’re also allowing them time to go back and make that purchase; you can’t do that if you’re running around with your hair on fire,” he said.  “You just can’t.”

Taking the car count down, allowed Billy and the crew to maximize work with the cars they have.

“I would rather use the abilities and the tools that we have and make more money with what we have than try and make up for it by slamming two more cars through the doors,” he said. 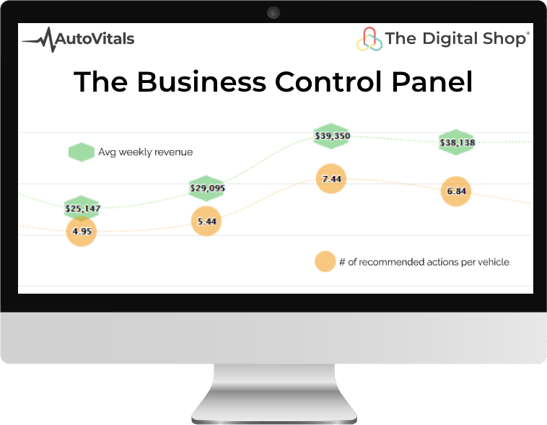 Billy also stressed the importance of the vehicle inspection rate. Currently, Aram’s Auto Repair Center hovers around a 90 percent motor vehicle inspection rate with a send rate of more than 84 percent. The discrepancy in those numbers is comprised of the older clientele that doesn’t have smartphones or email.

Those numbers are much larger than most, according to Billy.

“In talking to our product advisor, Marty, he was telling me that there’s a lot of shops that hover anywhere from 30-45 percent inspection rate.” 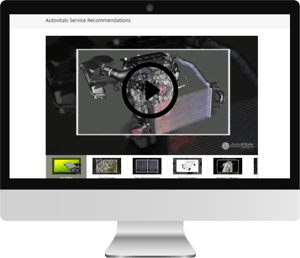 One other thing to consider when it comes to picture editing is linking products and vendors to the digital vehicle inspection. Billy has been doing this, and it has yielded excellent results.

“One of the things that we do in our inspection reports is we also link a lot of different videos to some of our supporting product vendors,” Billy said.

The purpose of this, is to keep them informed about the products we like to use and the reasons we use them, so the customer doesn’t feel they have to go to Google and grab what may be bogus information, he said.

“You give them a fair price and a reason why they’re doing it, and you try and remove that desire to look for a cheaper price or look for another way to do it because you’ve already done the work for them,” Billy said. “Then, it just makes it easier for them to purchase the repair from you.”

How to contact Billy and Aram’s Auto Repair Center:

Adam Bendzick owner of Pro Service Automotive Repair in Prior Lake, Minnesota, has been in the...

Are you looking for an easy way to tune-up your life and your business? Mitch Schneider, an old pro...

As you build a complex estimate requiring a long list of parts, you may need to pull from various...