If you aren’t meeting with your automotive shop crew regularly, you aren’t doing it right.

Frank Scandura, the owner of Frank’s European Service in Las Vegas has been running weekly or bi-weekly meetings with his employees for years and has seen tremendous results. 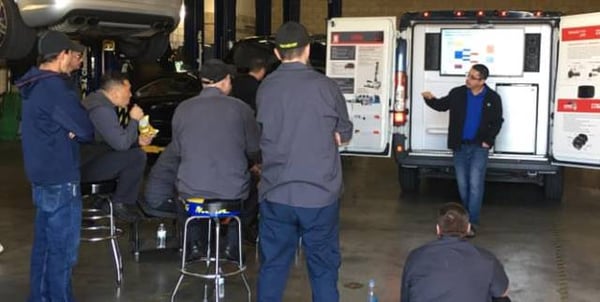 “We had a customer come in during our meeting,” Frank told co-hosts of The Digital Shop Talk Radio Tom Dorsey and Uwe Kleinschmidt in an episode earlier this year. “Good, nice, great guy, long-time customer.”

He sat in on this meeting while Frank’s crew discussed integrity and their mission statement, and Frank turned to the motorist and asked him if they deliver.

“He literally got real emotional,” Frank said. “He said, ‘Frank, my life’s a train wreck except when it comes to my car.’ That was really important for the team to hear. Because it is not just me bloviating all the time, this is real. We have an effect on people, and it’s real, and that’s why we’re doing what we’re doing.”

This was just one way Frank has used meetings to unify and galvanize his shop.

During The Digital Shop Conference earlier this year, Frank hosted a break-out session sharing some of the knowledge he has gathered during his years of running frequent shop meetings.

(Tip 1) - The seven steps to an awesome shop meeting

First things first, Frank stressed the importance of having a plan when it comes to your meetings. “It’s not a matter of just showing up and saying, 'What do you want to talk about?', right? Because that’s not the way, it’s going to work.”

Instead, he has come up with seven steps he follows during each of his meetings:

(Tip 2) - A place where even quiet members speak up

Building a community and a culture in the shop which encourages everyone to talk is another critical reason to have these meetings.

“For you shop owners who have tried to have regular meetings, and it’s awkward, and it’s uncomfortable, and nobody had anything to say. Tough. You’ve got to do it,” Frank said. “You have to show consistency, and you have to break out of your own comfort zone and make this happen.”

Frank has also learned through the years that often the quietest meeting members have the most to say.

“You have to find a way to give them the safety and the quiet, to come forward,” he said. “To know it’s okay to say something.”

It never ceases to amaze him, once he gets those quieter team members talking, they often start with the same phrases, “I don’t want to get anybody in trouble,” or “I don’t want anybody mad at me.”

Another essential part of making these meetings successful is how the shop owner runs them.

“If somebody says, ‘Hey, why don’t we do X, Y, Z,’ and you go, ‘Well, that’s the dumbest thing I’ve ever heard,’” you aren’t going to be successful,” Frank said. You are going to create a culture where no one wants to share ideas, and instead of being proactive, your crew will always be waiting for direction from the top.

However, Frank acknowledges sometimes, with all of the responsibilities which come with running a shop, it is hard to receive suggestions. When that happens, he has a specific way he reacts.

This allows him to dig into the idea and think about it. Maybe the whole thing isn’t right, but you could give value to a part of it.

By giving yourself space, you could find pieces that may work.

“I can actually say, ‘Okay, I heard what you said, what are some ways that we can do something close to that,’” Frank said. “And then it really gives value to your people around you.” 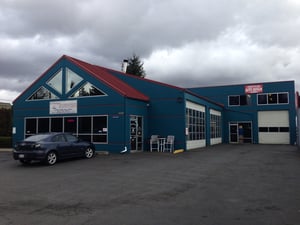 Sitting in on Frank’s session at the conference was Dave Earp, owner of Village Transmission & Auto Clinic, in Edmonds, Wash. Up until listening to Frank, he was only having meetings when it was desperately needed.

These meetings would address important topics such as policy or workflow changes, or if something needed to be fixed. He learned from Frank, handling the shop this way was problematic for several reasons.

Now, Dave is looking at meetings in a new light.

“Well, the first thing I want to say is, why does a football team huddle up?” Dave asked. “Because they need to know the play.”

The same should be true for the members of his crew. With more frequent meetings, he can gather the service advisors at one time to run through the things they need to know, and then have the auto techs huddle and check in with them.

Initially, Frank started having recurrent meetings with his crew because he wanted to make some improvements, but he soon realized he couldn’t fix what he couldn’t measure.

That’s where data collection comes in. 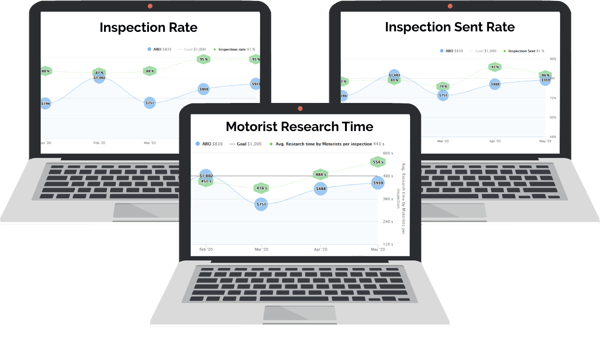 As AutoVitals digital shops, both Frank and Dave have access to the Business Control Panel (BCP), which helps them monitor different metrics that are crucial to the success of a modern shop, including digital vehicle inspections (DVI) completed, DVI sent, and ARO.

Now Frank can look at his BCP to see if his auto repair technicians and service advisors are continuing to meet the goals they’ve set.

Dave is planning to focus on sales goals in the near future, with his weekly and bi-weekly meetings keeping them on track.

“In order to achieve those goals, we need to become more efficient,” he said. “That’s the roadmap that I’m going to lay down for my crew. This is the goal that we want to hit this year, or this month, or this week. And this is how we’re going to get there.”

He is hoping by doing the math for them and showing them what just one more hour each day looks like, over the year, they will be motivated to make some changes.

Since culture isn’t something that can be measured, Frank and Dave are using these other metrics to give their teams something to monitor while they continue their meetings and build a robust digital shop.

Frank echoed Dave’s plans for the year ahead.

“You’ve got to break it down to here’s what it looks like for the year, the month, the week, and the day, and then break it down even further,” Frank said. “How many cars does each service advisor need to bring in each day based on our averages to make it happen? And it becomes reality.”

This can be an uphill climb, though, especially with your techs.

“Not to take anything away from technicians, you guys are incredible,” Frank said. “I started my life as a technician, but y’all can’t see past your next paycheck.”

For auto repair techs who are flagging 50-60 hours week after week, a 30-hour week makes them nervous, and so it is especially important to help them break it down. Focus on efficiency, productivity, making sure to spread out the work, and keeping things even between them.

“Definitely don’t forget to include what’s in it for them,” Dave said.

Watch the full recording of the episode here

Want to hear more from Frank?

Want to hear more from Dave?

How to contact Dave and Village Transmission & Auto Clinic: