Do you Need a Production Manager or Shop Foreman at your Shop?

It’s no secret; automotive repair shops have changed in the last decade. Shops that used to be filled with only techs and service advisors are now full of new roles, including production managers and shop foremen. In addition, shops are no longer using paper and whiteboards but increasing their efficiency and revenue by going digital.

But these changes aren’t just for the sake of change; they’re improving the industry and prioritizing the motorist through education and transparency.

Frank Scandura, the owner of Frank’s European Service in Las Vegas, Nevada, was on a recent episode of The Digital Shop® Talk Radio to talk about how he uses a production manager in his shop.

Why a production manager, foreman?

A production manager was initially born out of an idea from John Long, owner of Schertz Auto Service in Schertz, Texas. 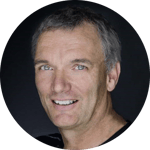 “He identified that for a service advisor basically two things are happening,” Uwe Kleinschmidt, founder of  AutoVitals, told Bill Connor, Senior Digital Shop Analyst and Trainer, and Frank. “A service advisor is really a person who is facing towards customers. At the same time, building an estimate requires uninterrupted meticulous attention. How do you scale those two? So the idea was born by John to really separate out a role as a production manager. We started supporting that in the TVP, where there’s a clear assignment of responsibilities which opened up so much opportunity for the service advisor to focus on customer service. The results were highly convincing.”

What is a production manager, foreman?

Job descriptions for the production manager and shop foreman can differ slightly from shop to shop. Still, the overall ideas remain the same: increase shop efficiency, so the right people are doing the right jobs.

For example, the service advisor role is an exhaustive one requiring a single person to assign the work to techs, estimate the work the techs have recommended, sell that work, in addition to answering phones, sourcing parts, providing customer service, handling walk-ins, etc.

“A service advisor has always been, in my eyes, Superman or woman,” said Uwe. “I have talked to hundreds of service advisors throughout my career, and I’m in awe of how a service advisor can manage all those interests and be super productive.”

Those superhumans tend to burn out after a handful of years, though, and with constant interruptions, they may not be as productive as they could be. That is where the role of the production manager and/or foreman comes in. 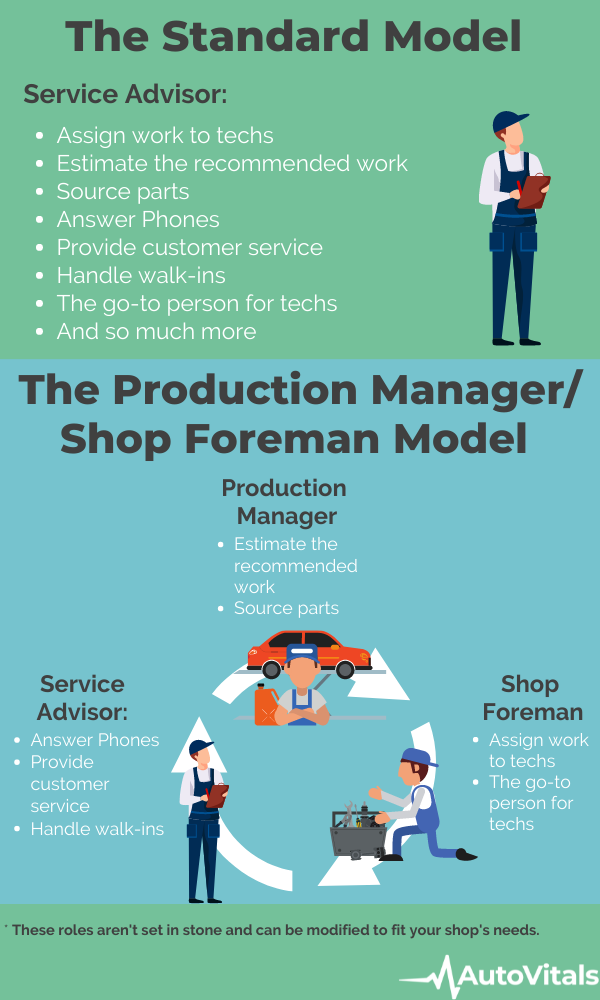 “You’ve got to think about what we’ve accomplished over the last few years,” said Frank. “Going from the technician writing down a few recommendations to the service advisor taking that into quick estimates and calling the customer. It’s a completely different world now. We’re asking them to edit pictures and notate those pictures, get the educational information to the customer. There’s a lot more being done by the service advisor, which is preventing them from spending time with the customer. That’s the exact reason why taking some of those responsibilities and giving it to someone else who’s really good at those details makes a huge difference.”

“The production manager should know what kind of work he could just fire into the shop without asking anybody,” Frank told Uwe and Bill. “He or she should also know what they should do when a tech tells them, ‘Hey, this car has some weird codes that keep showing up.’”

“I think that’s why a lot of shop owners create [the shop foreman] position is to create a buffer between the techs running up to him all the time,” Frank said. “Whatever the case may be, [the foreman] really does have to learn communication skills, he really does have to learn how to become a leader, and he is that buffer between the front and the back.”

Several AutoVitals shops have created their own versions of this system. You can find them here.

Is the production manager or shop foreman right for my shop?

“This is starting to sound more like a multi-million dollar business operation than a mom and pop shop,” Bill told Uwe and Frank. While he thinks that is a good thing, Frank and The Digital Shop® Talk Radio crew had several ideas about why these roles can fit a shop of any size.

Is your shop financially ready to add another employee? 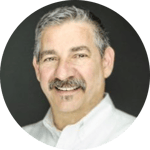 Frank pointed out as a shop owner you need to be aware of your numbers. He boiled it down to this: If you can get an X percent increase in your overall ARO, that’ll pay for that person and then some.

However, you need to focus on those gross profit dollars. Many owners he knows pay their bills with gross profit percentage, but he doesn’t do that.

Would removing the emotion from estimates benefit you?

Another benefit of the production manager and/or foreman role is the ability for service advisors to remain customer-focused without having the customers affect the work estimate.

Uwe and Bill have talked about service advisors “selling with their own wallets” many times, and the production manager role eliminates this phenomenon.

Frank has also seen this play out in his shop.

“Here’s an example,” Fred shared. “The technician recommends a water pump, so it’s very easy for the service advisor to say, ‘You need a water pump.’ But the customer goes, ‘Oh my gosh, I wasn’t expecting that. What can you do for me?’ Automatically now, it becomes about the price of the job.”

However, if your production manager is trained and looks at the recommended water pump through the eyes of, how old is this car? Should we recommend upper and lower hoses? Should we recommend a thermostat due to the age of the vehicle? Should we do a complete cooling system flush? That creates an entire package for the repair. Now, when the customer says, ‘Oh my gosh, I wasn’t expecting that, what can you do for me?’ the service advisor can say, maybe we could do the hoses later, or perhaps we can do this later.

“Now, I am not discounting the work,” Frank said. “I am customizing the package to fit their needs.”

Not only does that provide the best experience for your motorists, but it also increases your bottom line with profitable numbers. Perhaps most importantly, it allows your service advisor to build a relationship.

“Customers do not buy parts and pieces, folks,” Frank said. “They don’t buy brake pads and rotors; they buy trust. It’s our job as service professionals to bring value to what we’re offering them.”

What personalities do your employees have?

When sourcing for different roles in your shop, Uwe, Bill and Frank believe there are things you should be looking for.

Bill thinks service advisors should be friendly and personable, but it isn’t as crucial for them to be technical.

Frank thinks the more technical a person is, the further they should be from customer service.

“I’m always joking around when I am teaching and training and speaking that we need to keep the technicians away from the humans,” he jokingly shared with Uwe and Bill. “I’ve been a tech, so I can say that. I’m speaking from experience. Because when you’re a technician, you’re focused, and things tend to come out of your mouth that shouldn’t be heard by mom or grandma. There’s nothing wrong with it, that’s just the nature of the beast, so it’s really important to have them do what they’re really good at.”

Uwe added SAs are also translators between the more technical stuff and the motorist.

Have you set goals for your shop to grow?

Sometimes shops have practical reasons for expanding but haven’t planned for what expansion actually means. One example used in this episode was transitioning from two techs to three but still only having one service advisor. Suddenly the work, which was overflowing for two techs, is overwhelming the service advisor and the three techs are sitting, waiting for work. 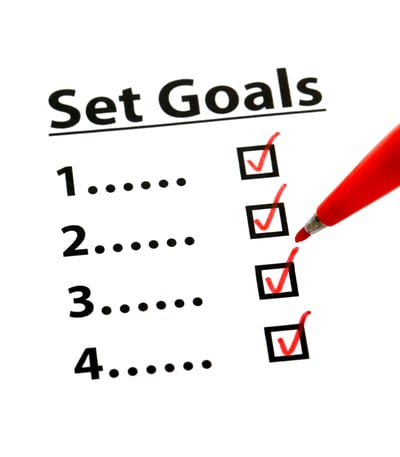 To prevent this from happening, Frank encourages shops to write down their business plans. He suggested addressing these questions:

By thinking things through before, you can prevent some of those challenges from occurring. Perhaps instead of hiring a third tech in the above scenario, you could hire an assistant SA who could help with dispatching and parts. This could free up the SA to sell more work, get more cars, answer more phone calls, and ultimately feed a third technician.

Do you have an older technician who is looking to exit the industry?

The automotive industry has a problem. They have a considerable number of technicians working for decades, but their bodies are broken. Bill, Uwe, and Frank think those are the perfect people to put in a production manager role.

“I interviewed a guy, and he said, ‘Man, I got maybe one more year left, my arthritis is getting real bad in my hands, I don’t know what I’m going to do,’” Frank shared. “That’s a guy who’s a production manager. That’s a guy who could help write estimates. That’s a  guy who can advise a younger tech.”

Using their wealth of knowledge not only allows your shop employees to benefit, but it makes your business more profitable and more enjoyable for everybody around.

“That technician that’s kind of worn-out body-wise, they’re very highly detailed, they’re technical, and they understand the difference between what a book time might be and what realism might be,” Bill said. “That’s an ideal person for either a shop foreman or a production manager type role.”

Why The Digital Shop®?

“Why do I need a digital shop when my paper and whiteboards work just fine?”  At AutoVitals, we...