Techs Writing Estimates? Not at These Shops

Should your techs be writing estimates? That was the topic of discussion on a recent episode of The Digital Shop® Talk Radio.

“We all know that if our techs aren’t holding wrenches, then they’re not making us any money or themselves,” Neil said. “Them creating estimates, that doesn’t make a ton of sense.”

“With the more information [techs] can give the service team about the work that’s needed on the car, the better,” he said. “And, the smoother the repair will go on that car.” 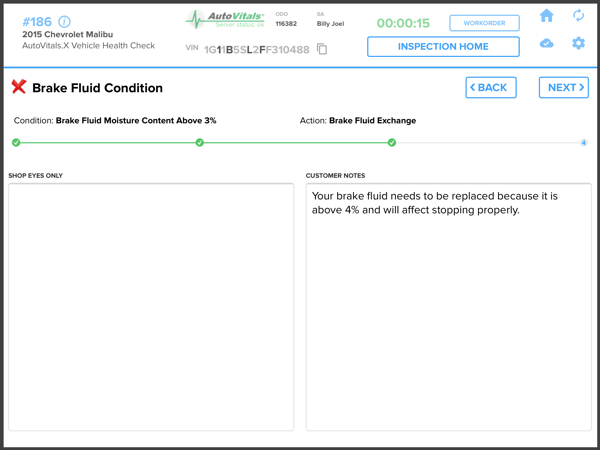 A view of the shop eyes only feature

“Our model in our shop, instead of having your service advisor that’s just in the middle of everything that does all jobs, we split the roles so that one person is a rear-facing advisor – basically our estimator. Then we have a front-facing advisor that’s like a customer service person. She’s super bubbly, really great with customers, not crazy knowledgeable about cars, although she is really getting there, but our backend guy is really technical. He’s a car guy, and we rely on him to do all the estimates.” 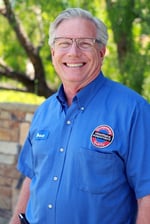 Bruce’s shop is slightly different since they only service Acura, Honda, Lexus, Toyota, and Subaru.

“Because we work on mostly the same cars, the service advisor knows what this is going to pay – everybody knows what to expect,” he said.

However, when someone isn’t certain, they make sure to communicate to get everyone on the same page. Still, Bruce isn’t leaving estimates up to the technicians. 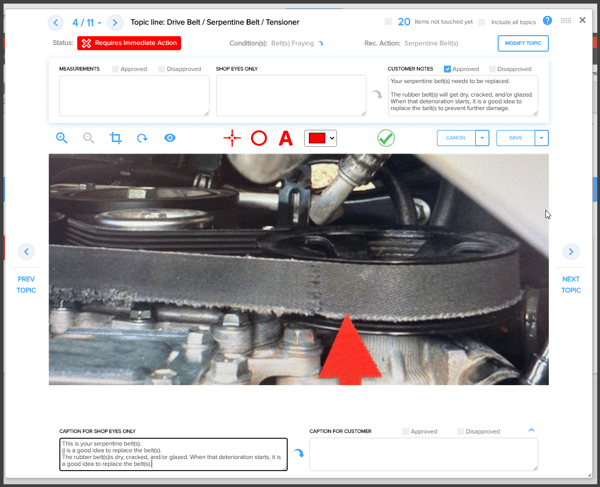 Another view of shop eyes only.

Bruce believes his technicians are similar to service advisors in that if he gives them a lot of tasks, it adds too much time to things and makes them less productive. It is the same for service advisors; if he adds more responsibilities to their plate, the average repair order goes down.

“We get information from the tech when we need it, but when we don’t, we don’t,” Bruce said. “We always get the estimate made by the service advisor.”

To make their shops run as efficiently as possible, both Bruce and Neil have come up with solutions which work for them.

Neil uses the front-facing and rear-facing advisors, while Bruce has set up a shop assistant to help take tasks away from his service advisors and techs.

Both of these configurations prevent a common problem from happening.

“You can get a service advisor selling with their own wallet a lot of times,” Bruce said. “Whenever you get the back facing estimator, they’ve never met the customer. They don’t know about the four starving children at home.”

“Finding the right skilled person is really becoming a problem,” Bruce told The Digital Shop® Talk Radio crew. “Of course, we’d all love to have the estimator that knows everything about every car, but the fact of the matter is we’re in a time right now where it’s very difficult to find these people.”

Neil agrees. “What we’re kind of prepping for is not having that one really good service advisor, which we know are out there,” he said.

“It is a lot easier to find a really, really good car guy that doesn’t really have customer skills and then someone that has great customer skills,” Neil said.

“I think that model of one advisor for three techs is also getting harder to accomplish,” Neil said. “You know, we’ve been burning through advisors for years because it’s so stressful.”

Instead, he is using his front and rear advisors to prevent that.

Bruce has a similar setup. 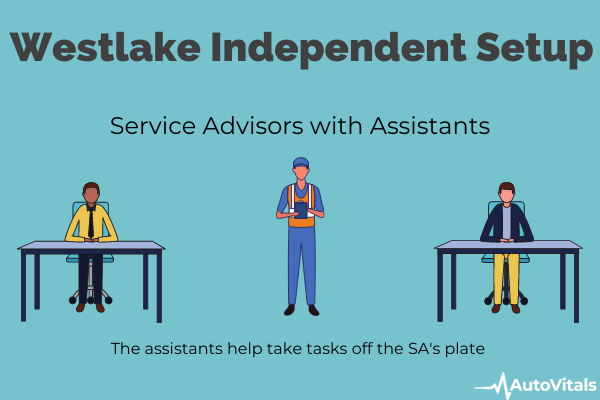 “The way I do it is service advisors with assistants,” Bruce told the guys. “They really do a lot.”

His office assistants are responsible for answering the phones, greeting the customers when they come in, email capture and text opt-in, scheduling and keeping track of loner cars, and so much more. Bruce even has an office assistant handbook, so all of their responsibilities are clearly laid out. The goal is to take as much off the shoulders of the service advisor as they can.

“The office assistant would never talk to somebody about their car,” Bruce told Tom.

He also doesn’t have them making appointments; instead, leaving those to a service advisor who understands how long work will take.

The show's listeners chimed in with other ideas for how auto technicians might help make estimates.

Adam Bendzick of Pro Service Automotive said if he ever needed his techs to make estimates, his preference would be to develop team leads in the back and have the “A Techs” estimating for themselves and whoever they manage on their team. He believes it wouldn’t slow down production since while the “A Tech” is building the estimate, the techs under them can rack another car and keep things moving. 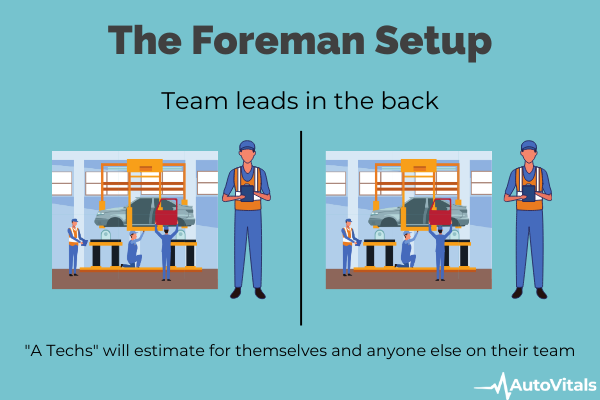 The format Adam suggested sounded to Neil like the foreman model, which he has seen work for other shops.

“I’ve seen a model where they have all of the technicians doing inspections, and then the foreman grooms them into the most logical approach for this car,” Neil said. “We’ve seen it, if you just provide ‘Here’s an inspection, here’s an estimate,’ and then go sell it versus a technician that comes and said, ‘Hey, I just did this inspection this is what I think is really important for this car, and this would be also really great to do today,’ they are so much more likely to sell that package that comes from the tech versus just what I’m reading from the inspections. That’s where that model really helps.”

Want to hear more from Neil?

Want to hear more from Bruce?

4 Ways to Add Value to Your Digital Vehicle Inspections (DVI)

In a world filled with digital shops, digital vehicle inspections (DVI) are essential; but...

Are you looking for an easy way to tune-up your life and your business? Mitch Schneider, an old pro...