“We’re always looking for the next great opportunity, and it’s been sitting in our lap for a long time.”

Russ Crosby, the owner of Russ’s Wrench in Clinton, New Jersey, was on a recent episode of The Digital Shop® Talk Radio to discuss that hidden tool, the AutoVitals Campaign Manager.

“It ultimately really started, we started to use it right around COVID,” Russ told Uwe Kleinschmidt and Tom Dorsey in episode 88. “There was a real need to reach out to a lot of people to let them know, ‘Hey, we’re doing everything we can to keep the cars clean, keep the shop clean.’” 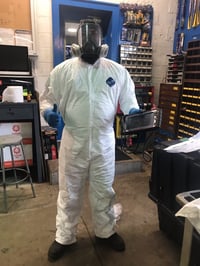 During those early days of COVID, no one knew what was happening, so in addition to wearing a full hazmat suit, Russ and his team decided to figure out how to utilize the campaign manager to keep in touch with their customers.

According to Uwe, the founder of AutoVitals, the idea behind the campaign manager tool was to offer a way to target your clientele.

“That’s how [the campaign manager] got created,” Uwe told Russ and Tom. “To be able to send text and email combined and start filtering based on, in our opinion, critical filter criteria – your most loyal customer, your last customers, people who have high mileage cars, people who drive certain vehicle makes, and so on. The whole point was the more you can be laser-sharp in your targeting of your clientele, the better. You can also make the incentive because you know what kind of margin you get for certain services. So, it’s much better to target a certain group and really target a specific problem or characteristic than to say, 10% off an oil change for everybody.”

The value of using your SA for marketing

While it took a pandemic for Russ and his team to start using the campaign manager more often, you don’t need a crisis to start using it at your shop.

“We were definitely not using it enough, and we’re trying to implement it in every chance we can now,” Russ said.

At his shop in New Jersey, it often starts with Becky, Russ’s service advisor.

The crew at Russ's Wrench.

“Who knows better than your service advisors of what jobs are missing right now?” Russ shared.

He, Becky, and their front counter team will look at the schedule and determine what holes they are seeing. Then, they build campaigns to fill those holes by identifying motorists who need that work completed and get them through the door.

Filling the schedule on flat days or when you have too much of one type of job allows your front counter to react to situational awareness and provides them the ability to steer the shop, Tom said.

An additional benefit is that digital shop motorists are familiar with receiving digital communication from your shop. 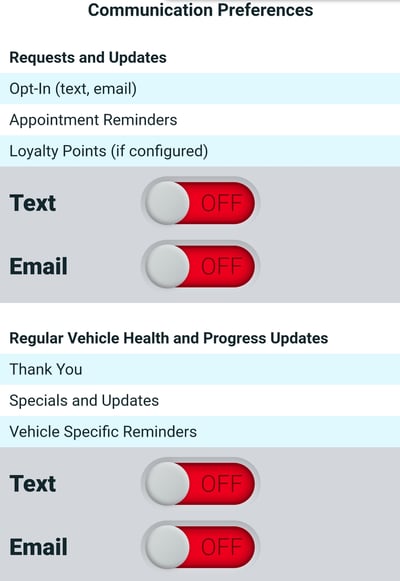 Just like the emails and texts for DVI, motorists can opt-in/out of campaigns as well.

“The beauty now is, since you do digital inspection, your customers are used to digital communication with you,” Uwe said. “In any campaign manager communication, it’s just a succession of that same communication. It’s not all of a sudden like it was before.”

Russ’s Wrench isn’t only using the campaigns to find motorists with particular car maintenance needs; they are also using it to draw attention to events or causes they are participating in.

Recently, they sent out a campaign for Breast Cancer Awareness Month.

Campaign manager from the motorist viewpoint.

“We get a lot of response from that,” Russ told Tom and Uwe. “It doesn’t always have to be, ‘Fix your car,’ people like to hear other good stuff too.”

“It’s more than just getting them through the door to take their money; it’s about really looking out for the benefit of them and their families,” he said. “So, as many times as we can, we reach out to them. I think that’s super important, and there’s so many times when we get phone calls like, ‘Hey, I got your email, or I saw the text, and I’ve been meaning to call you, but I just haven’t had time.’”

Getting over the initial fear of sending a campaign

Russ admitted the reason it took him so long to come around to the campaign manager was one thing, fear.

“I think we get nervous, and we’re afraid to try new things, and I think that’s why people avoid using it sometimes or avoid using those that are in front of them,” Russ said. “I know it was for me. I wasn’t exactly sure, and I didn’t take the time to learn it.”

That’s where Tom and The Digital Shop® Talk Radio come in. Or, you can always reach out to your AutoVitals team.

“I think that’s what the purpose of the show really, in my mind, is,” Tom said. “Is to say to folks, you have this in your toolbox, don’t be afraid of it.”

Russ’s Wrench has seen a significant impact since it started using the campaign manager.

“It looks to me, and I’m just looking at it from the big picture that from when you started this, it’s looking like you’re getting about a 25% increase in booked appointments,” Tom told Russ.

Russ said the whole system is working out beautifully.

Tips for making your campaign successful 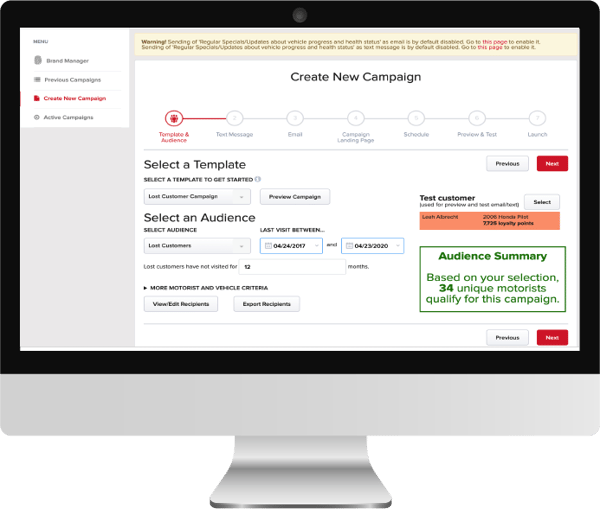 The shop view of creating a campaign.

By now, Russ and his team are old pros at sending campaigns. Here are a few things they picked up along the way: 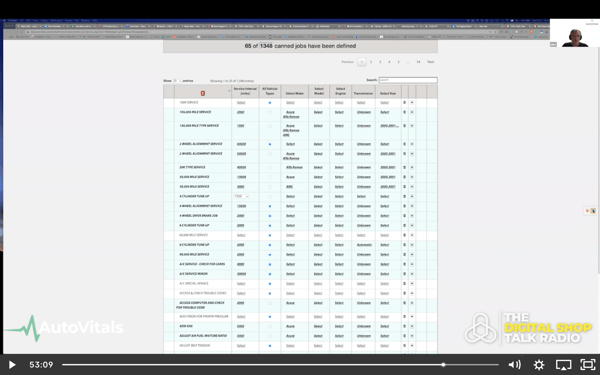 One helpful way to narrow down your campaigns is to use the canned jobs feature so you can hone in on the vehicle, make, model, part, etc. that you want to send the campaign too.

“I think it’s a tool that if you don’t try to use it, or if you don’t look for it, you may miss it,” Russ said. “Sometimes we don’t use all the tools in our toolbox because we’re scared of them. I think if you just ask for a little guidance, it can go a long way.”

Saying goodbye to your whiteboards and paper doesn't have to be a lengthy process. Using our tools...