Answering questions on topics that varied from guided inspections to best practices, Bill and Ashley answered all of the questions correctly, each question worth more than the one before up to $1,000,000.

2020 was a challenging year for Bill and his crew at Cooper Lake Automotive in Smyrna, Georgia. But it could have been a lot worse.

“We were down 8% [in revenues], which I feel like is pretty good,” Bill told Tom and Uwe Kleinschmidt, founder of AutoVitals.

At one point, when the state shut down due to the COVID-19 pandemic, they had a month where they were down 60%.

Thankfully, when things started to open back up, Bill and his team found “record city” and were able to overcome a lot of that deficit.

Much of that success, Bill attributes to AutoVitals, which the shop has been using since it first came out.

“I think the new [TVP.x] is way better than the old,” Bill shared. “I’ve been [with AutoVitals] so long, and it’s so different than when I started that people that are signing up now wouldn’t even really use that old system. Don’t get me wrong, it was way better than what existed, but this system is head and shoulders above the old system.”

One of the questions that Bill had to answer before becoming a Digital Shop Millionaire was: “On the TVP, what does it mean if the tech’s time is flashing red?” The answer was, “Actual hours are greater than or equal to 95% of billed hours.”

Little did Tom and Uwe know when drafting this question that the TVP feature discussed was the impetus for Bill making some changes at his shop.

“This exact question is why we’ve been working so hard on streamlining inspections,” Bill told Tom and Uwe.

Tom was happy that the feature helped Bill’s shop. 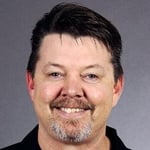 “That’s awesome,” Tom told Bill. “That’s exactly the purpose of that function. A, it helped you identify if there was a problem there, and for years you’ve been operating, and it would have been flashing red. You just didn’t know it. Then, once it was red, you said, ‘Hey, I hate this red, I gotta figure something out here,’ and you put in process improvements and efficiencies that turn into dollars.”

Several of the questions focused on the guided inspection feature of the updated DVI.X. Guided mode walks techs through the inspection process so they inspect every car the same way, every time. While Bill doesn’t currently use that feature, Uwe and Tom challenged the shop to compare 20 guided inspections vs. 20 standard ones.

After looking at the technician effectiveness report from October to December at Cooper Lake Automotive, Uwe noticed that each technician had their “sweet spots.” Those areas where they recommended the most work varied from tech to tech. Some seemingly focused most on tires, while others concentrated on fluids. These inconsistencies in recommendations could change by using guided, Uwe said.

“To the more general point, the technician effectiveness report gives you a very clear picture on behavior, and sweet spots technicians have,” Uwe said. “Red doesn’t always mean bad. If some people are red in one area and not in another, you have inconsistencies. The consistency of inspections has the potential to get better, so that’s the huge benefit of this report.”

The benefits of special markers 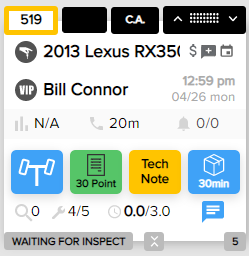 While Uwe shared a story about a shop with more than 400 customized special markers, he has just three favorites. 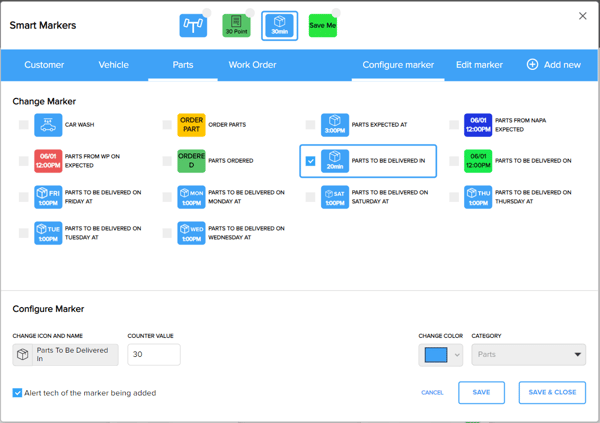 The first marker Uwe mentioned was a smart marker that can link things to a countdown. If you have a motorist waiting, or you are waiting on a part, set a timer. That way, you can keep track of your time. The second marker he pointed out was the “alert for the tech,” a feature which allows the shop to share information about a car or customer without yelling across the shop, and the final was the marker that “connects to a job.”

The marker that automatically connects to a job automates your shop without requiring any steps from you. 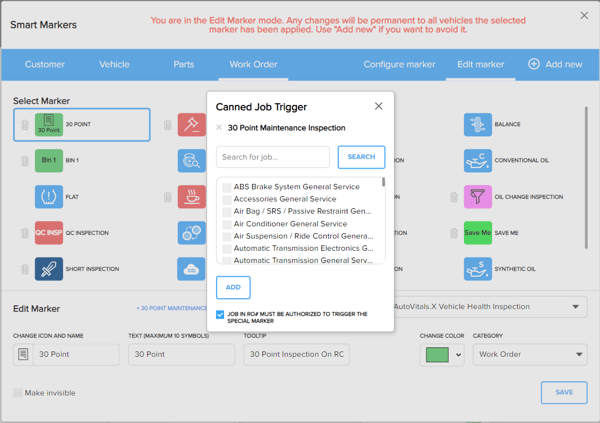 How to contact Bill, Ashley, and Cooper Lake Automotive:

The integration of AutoVitals and Tekmetric eliminates double entry by automatically sending...