During normal times, the numbers Russ Crosby is producing at his auto repair shop, Russ’s Wrench in Clinton, New Jersey, would be impressive. In the last six months, he has doubled his motorist research time, increased his ARO from $600 to $800, and increased his revenue per service writer by more than 100% -- but he has done all this in the midst of COVID-19. 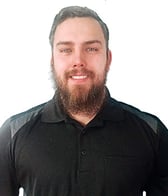 “You have to look at things as an opportunity, and in tough times you’ve got to be looking for that opportunity at all costs,” Russ told Tom Dorsey in a recent episode of The Digital Shop Talk Radio. “Don’t get weighed down by what’s happening around you; just keep working towards your goal.”

They say necessity is the mother of invention, and for Russ and his crew, COVID has required them to think outside the box. One of the most radical things they initiated; having their service advisor (SA), marketing manager, and jack-of-all-trades, Becky, work remotely.

“At the beginning of COVID, we were faced with the same challenges that many people were,” Russ shared. “There was a lot of fear in the team members and our customers about how are we going to get through this?”

Russ relies heavily on all of his staff, and while some aspects of shop-life were bound to stay the same during COVID, that wasn’t an option for Becky. She has a son with asthma who was home from school, and she couldn’t take risks. She sent her son to South Carolina to be with her parents for a bit, but it wasn’t a permanent solution, so Russ came up with another idea. 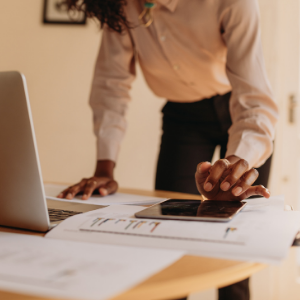 She spends her time selling the jobs, talking to customers, and focusing on marketing to new customers or reaching out to older customers. The same tasks she was completing while standing behind the service counter she can now do from any location.

There were some growing pains, but Russ was pleasantly surprised at how minor they were.

At Russ’s Wrench, the transition to having Becky work remotely was eased by the culture they have created. 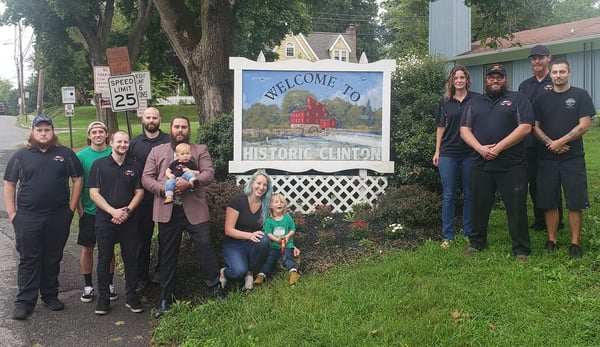 The staff at Russ's Wrench

“So there’s really two cons that I ran into, but we were able to work through them because we believe so much in our culture,” Russ said. “We have that team engagement that they’re willing to give something a try. It’s either let’s give this a try, or don’t work until you feel comfortable to come back to work, so I think that’s kind of a no brainer. When the boss is saying, ‘Hey, look, it’s okay if it doesn’t work, it doesn’t work. We’re going to figure this out.’ So really, team member buy-in. It wasn’t much of an issue, but it’s exploring the unknown.”

The opportunities are endless

Implementing these changes at the repair shop has started a snowball effect for Russ. Not only does he have big dreams of opening one if not two more shops in the near future, but he is also trying to think ahead and take advantage of all the changes that are coming thanks to COVID changing the way we work and live.

Hiring is one thing he is thinking about.

His success having Becky work remotely has suddenly opened a door he hasn’t used before.

“I can hire the best of the best from anywhere in the country,” Russ said. “We’re not limited to our specific area anymore. I can really find someone that, maybe the automotive industry wasn’t their background, but they’re really great at sales, know how to relate to people, but they’re in Wyoming. I’ve taken out the issue of them being able to come and work here. They don’t have to move off to do anything, but I’m able to recruit from much further away and really expand the pool.”

Another concept Russ and his crew are exploring is the idea to have car drop-off locations located in dense areas where people can drop off their cars to be serviced. In this new world of Zoom and working from home, Russ acknowledges that people's routines have changed.

“As an automotive industry, we need to be more convenient because those people that used to go to that office building to drop their cars off during the day while they were at work, they may not be doing that anymore,” he said.

Auto repair shop owners and crew had a lot of questions for Russ during the episode. Here are a few:

US AutoForce, the leading distributor of tires, undercar parts, and lubricants has selected BayIQ,...